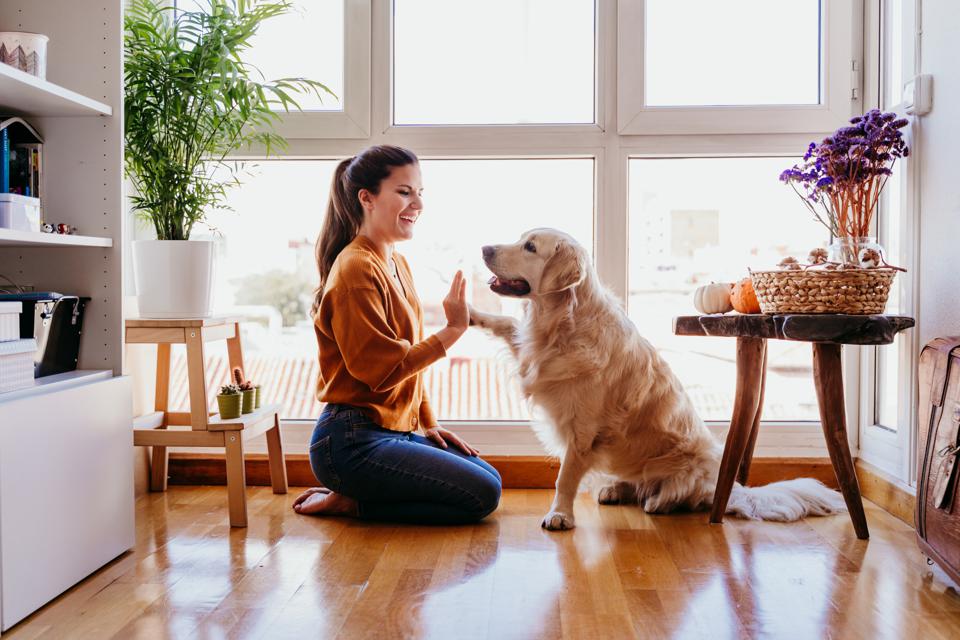 If we are going to understand dog behavior, then it is important to understand the history behind the domestic dog. Remember that domestication of dogs is a relatively recent event in the grand scheme of their existence. Wild canines have been around for millions of years but have only lived with us a few thousand of those years. By looking back with an evolutionary point of view, we can see that wild canines spent a long time forming a life style and the types of behavior that perpetuated their existence. In their world, before they teamed up with us, there were no food bowls set on the floor always filled with a balanced diet. No individuals, except other pack or family members, guarded them from injury, and there were no veterinarians, vaccines, and medications to protect them from disease. Through natural selection, a canine model was formed that had the physical and mental abilities to continue their species. Their behavior patterns guided them through their day-to-day and year-to-year existence helping them to make the right choices to protect themselves and their offspring. If this would not have been accomplished they would be classified with the dinosaurs.

The daily life of wild canines was guided by behavior and interactions that occurred between them and other members of their group. Wild canines often chose to live in social groups usually made up of members of the same family. This was a better way of guaranteeing protection and a near constant supply of food if they worked together. For larger canines, this meant they could hunt together to bring down a large animal. For those wild canines who were scavengers, being in a group helped protect them from a larger predator as they scavenged its prey. They are able to gain additional protection from these larger or more efficient predators by banding together in a pack versus attempting to defend themselves as a single animal.

For dogs, being part of a social group provides them many benefits, too. Much of their natural instinctive behavior revolves around learning how to interact with other members of their species. As puppies, their play with other family members is important. It teaches them how to properly interact with other dogs. Socialization with people is also vitally important if the puppy is to grow up valuing human companionship.

Domestic dogs prefer living in a social environment, and generally consider “their” humans as part of the family. In some families, they share their lives with humans as well as other dogs. In these social settings, it helps them to know who is the leader in their social group. Well-trained dogs are taught to look at the humans as their leaders. This should be accomplished early on, not by showing any type of physical domination, but by being the leader mentally. Helping the dog to gently and consistently know what is acceptable behavior, will actually help your dog be more comfortable. For a dog, as for people, not knowing what is expected of you can be very stressful, as can mixed messages.

As we train our dogs, we need to remember that wild canines do a number of things on a day-to-day basis that help them to survive. Wild canines naturally dig holes for protection. This may be to cool their bodies on hot days or make dens in which to whelp and raise their litters. They bark at intruders to warn other group members of a potential danger, or at other times, to signal their own location. The things we have described here are those that make a wild canine an effective being. These behaviors come quite naturally for the animal. However, many of these behaviors we will try to eliminate in domestic dogs through training. Many things that wild dogs do in their day-to-day existence are unacceptable to us if they are going to be a part of our home and family. We don’t want them digging up our yard. We don’t want them to mark their territory inside our homes. We don’t want them to bark excessively, etc. Knowing these behaviors are natural for canines will help us better understand our dogs and provide better alternatives for these potentially problematic behaviors. Using positive reinforcement and other good training skills we can mold these behaviors into ones that are more acceptable to us.